Centerplate serves up award-winning food and beverage experiences to hundreds of thousands of sports fans all over North America and the United Kingdom every year. Recognized for their food and beverage innovations in sports venues, they are equally known for their agility and thought leadership.

The challenges Centerplate faces at T-Mobile Park are classic. The kitchen needs to produce a lot of food in short amount of time while maintaining quality and freshness. Add in the extensive menu options for people in the suites, and everyone goes into overdrive to meet the food demands during that brief window of time before the game begins.

In addition to dramatic increases in production speed and consistency, results Centerplate realized include…

Making great pizza in this environment is very difficult, but that doesn't stop Centerplate from finding ways to deliver even fresher, faster, and well-made food. 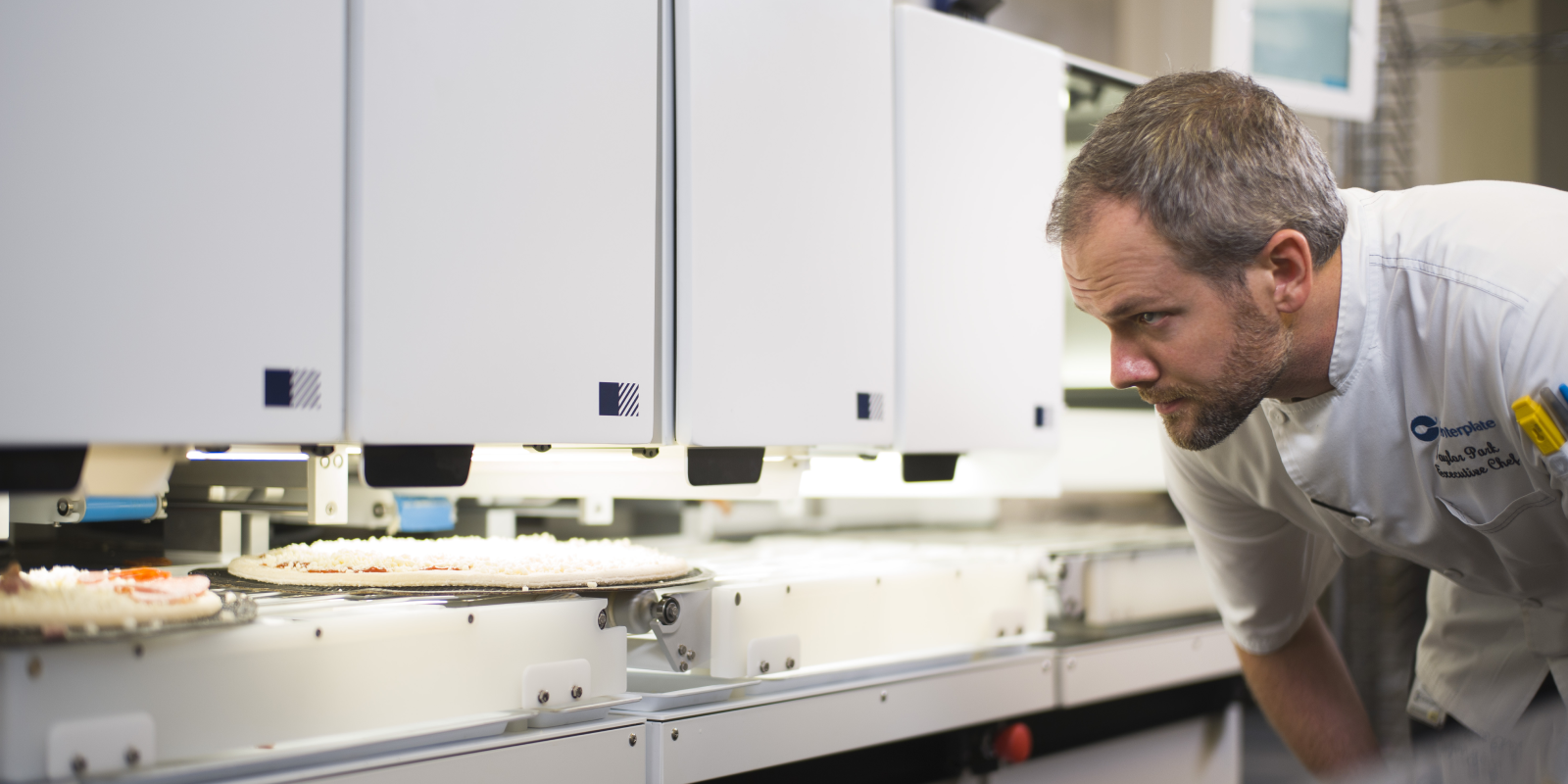 Following its innovative nature, Centerplate wanted to test the capabilities of Picnic’s pizza robot to see if it could improve pizza quality, consistency, production efficiency, and the overall customer experience delivered from the park’s suite kitchen.

Picnic’s team first took time to observe the suite kitchen operations during game days, specifically to understand the existing pizza making process, and to find ways to improve it with the robot. Centerplate agreed with Picnic’s proposed process improvement ideas and implemented them. Centerplate’s pizza recipes were then loaded into its system and approved by the Executive Chef. Two days before the first game in September, the robot assembly began, Centerplate employees received training, and everyone was ready to begin making pizzas in a new and better way on game day.

This month-long trial during baseball season went very well. From jaw-dropping speed and quality improvements, to positive comments from the suite patrons about the pizza’s taste, the Picnic robot earned many new fans. Because of this success, the robot received an invitation to expand pizza production and make pizza for the whole stadium during T-Mobile Park’s upcoming winter event, Enchant Christmas.

Picnic steps up to the plate

One operator, one robot, one stadium fed

After Enchant Christmas was over, Centerplate’s head chef and his employees gave the robot rave reviews. Everyone was amazed that one operator entered orders, fed dough, refilled hoppers, and in turn made enough pizzas for the whole stadium. Employees thought the 10-minute setup and 15-minute cleanup were great, likening the experience to working with a food processor.

Enchant Christmas’ sparkling, intricate light maze and Christmas market draws large, holiday crowds every night for about a month. These nighttime crowds are hungry, and of course there is a big demand for pizza. 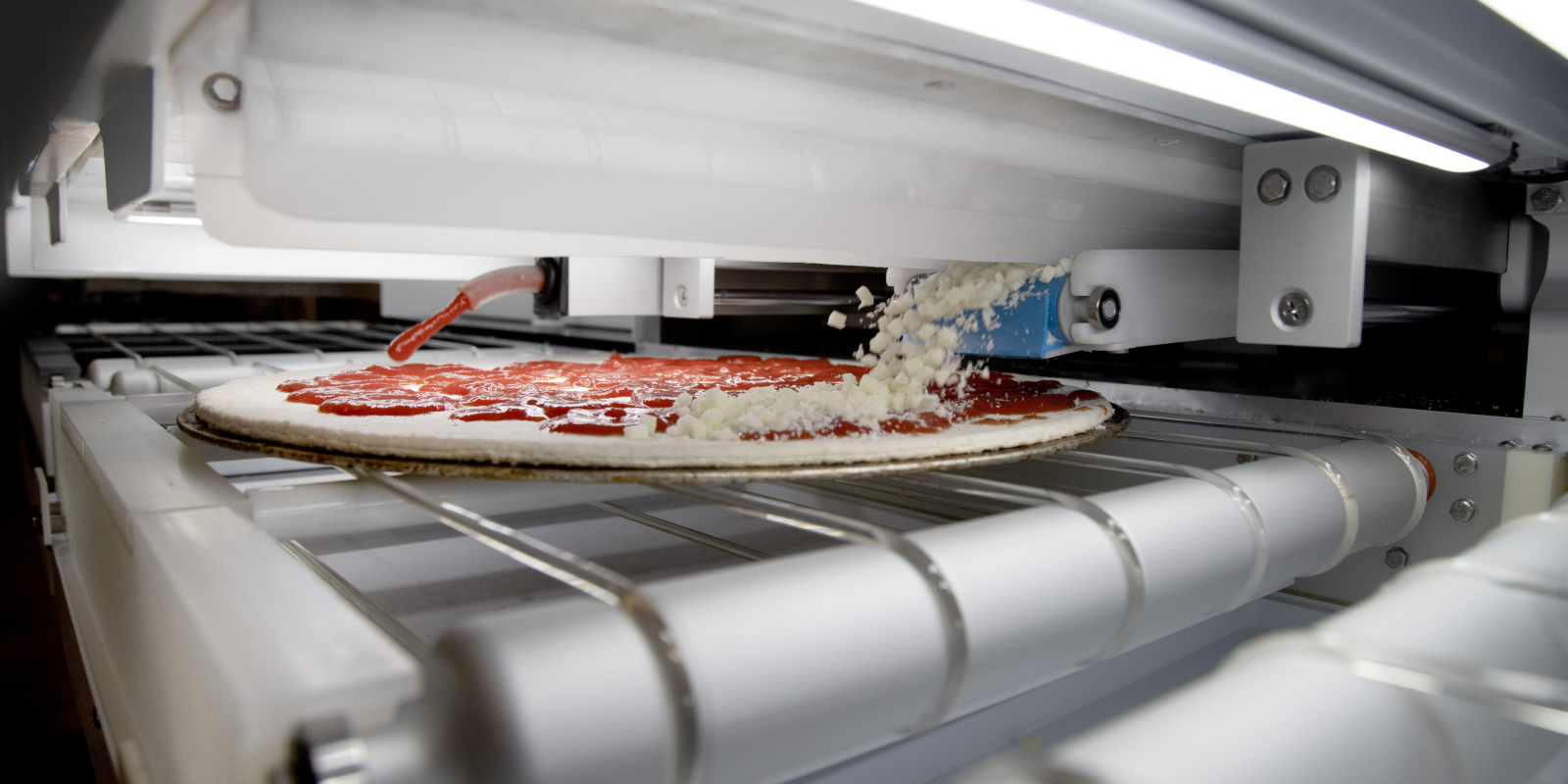 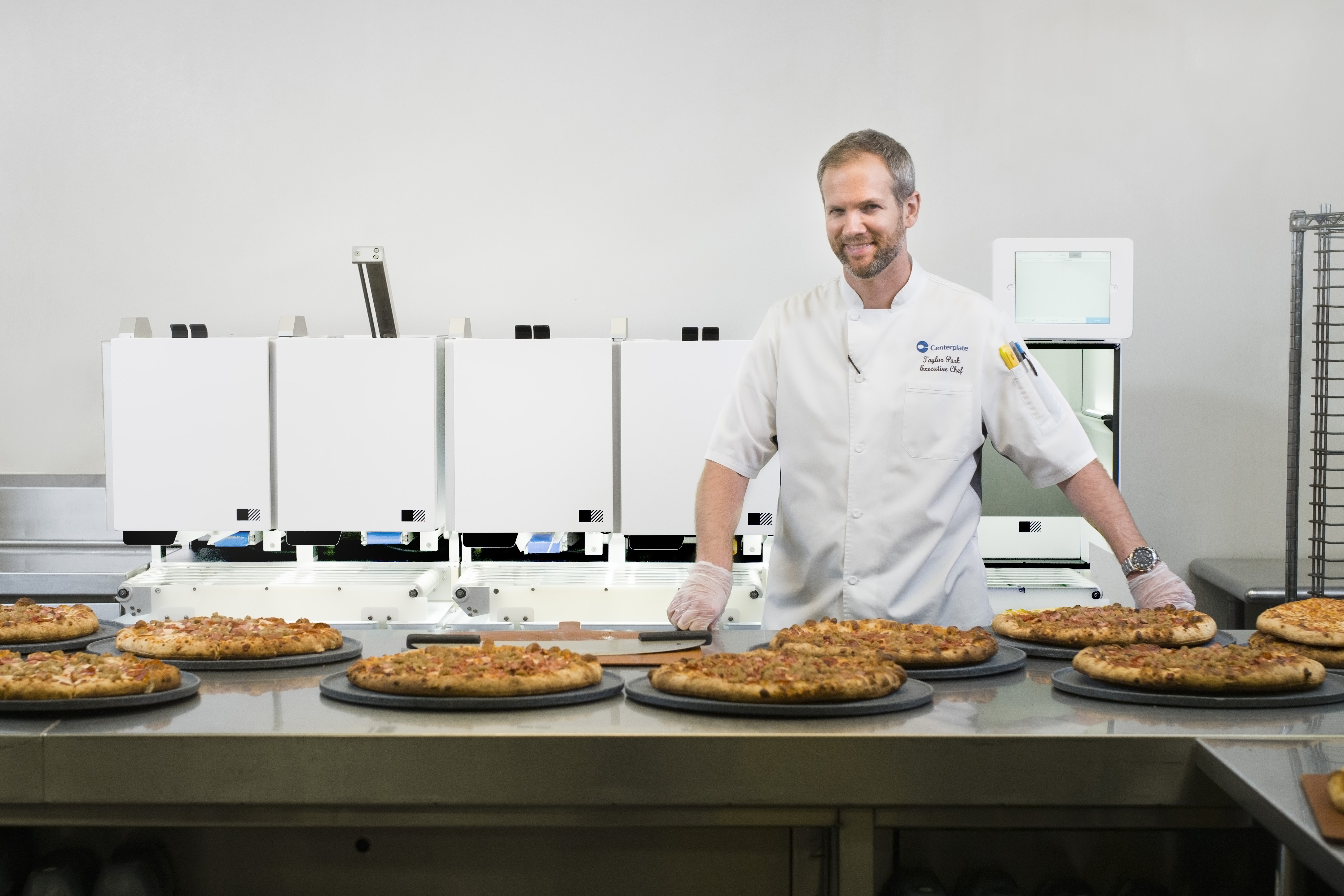 Picnic’s robot was ready to go. The process flow and recipes were already set from the robot’s experience making pizzas for the suite patrons. All it needed was an operator to load ingredients and run it.

After Enchant Christmas was over, Centerplate’s head chef and his employees gave the robot rave reviews. Everyone was amazed that one operator entered orders, fed dough, refilled hoppers, and in turn made enough pizzas for the whole stadium. Employees thought the 10-minute setup and 15-minute cleanup were great, likening the experience to working with a food processor.

Picnic aims to deliver unparalleled value by solving fundamental problems that get in the way of delivering the ultimate customer experience. In the case of Centerplate at T-Mobile Park, Picnic’s entire value proposition came to life in the kitchen. According to Taylor Park, Centerplate Executive Chef at T-Mobile Park, the robot’s pizza quality, consistency and speed blew him away. Huge spikes in orders were no problem to fulfill. Workflow in the kitchen was continuous and smooth. Most importantly the pizza was made their way with their recipes and their ingredients.

Ultimately, everyone from fans in suites, to those reveling in a winter wonderland got to enjoy excellent pizza the way Centerplate’s brand intends – helping people share a taste of the places and moments they love.

Watch the pizza robot in action in Centerplate’s video testimonial.